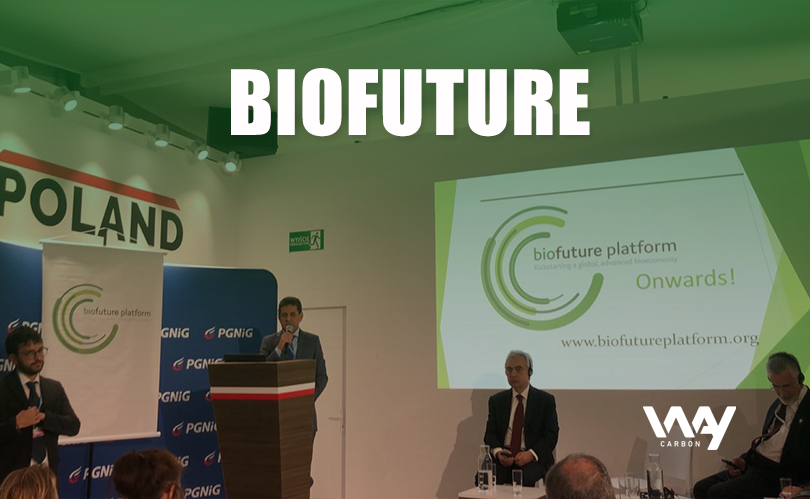 The report, Creating the Biofuture: A Report on the State of the Low Carbon Bioeconomy, states – in line with models and scenarios by the International Energy Agency (IEA), the International Renewable Energy Agency (IRENA), and the Intergovernmental Panel on Climate Change (IPCC) – that biofuels and bioproducts must play an integral role in the global energy transition, in tandem with other complementary mitigation efforts across all sectors. The report identifies key barriers as:

“The report’s key lesson is that a package of well-informed, well-designed policies combining market and inno- vation support is paramount to sustainably producing biofuels, bioenergy and bioproducts at the scale we need”, said the Minister of Environment of Brazil, Edson Duarte. “This is an important milestone for our countries to work towards specific targets and action plans for the low carbon bioeconomy, as set out in the Biofuture Vision Declaration we put forth one year ago in Bonn”.

The report shows the scale of the challenge ahead and adds to a growing international consensus on the importance of bioenergy. A recent major report from the IEA, Renewables 2018, has called attention to the need to put bioenergy at the forefront of the global energy debate.

“Modern bioenergy is the overlooked giant of the renewable energy field,” said Dr Fatih Birol, the IEA’s Executive Director. “Its share in the world’s total renewables consumption is about 50% today – as much as hydro, wind, solar and all other renewables combined. We expect modern bioenergy will continue to lead the field, and has huge prospects for further growth. But smart policies and rigorous sustainability regulations will be essential to meet its full potential.”

“Bioenergy is a great way of balancing variable electricity production, mainly wind and solar”, said Kimmo Tiilikainen, Minister of Environment, Energy and Housing of Finland, one of the participating countries along with Brazil, China, France, India, the UK, and the US, among others. “However, bioenergy’s role in the heating and transport sectors is even more important, and I would say, crucial. Of course, electrifying the transport sector is a major trend, but with biofuels, we can achieve CO2 reductions quickly and with the current transport fleet”.

The original technical draft of the report was prepared by the Carbon Trust and Way Carbon consultancies, submitted for review by the participating governments, agencies, and partners, and published by the Government of Brazil in its capacity as the Biofuture Platform Interim Facilitator (a role similar to a Secretariat for the initiative).

According to the report launched today, around 130 billion litres of biofuel were produced annually in 2016, in a market worth approximately US$170 billion annually, mostly from sales of first-generation ethanol and biodiesel. Global biofuel output must rise to more than 200 billion litres annually by 2025 and more than 1100 billion litres annually by 2050 to be in line with long-term climate change mitigation scenarios developed by the IEA and the International Renewable Energy Agency (IRENA). Second and third generation biofuels are emerging but must grow dramatically if Biofuture Platform targets are to be met. These can be made from inputs such as non-food crops, agricultural or industrial waste and algae, although much of the technology is still evolving and hence not yet commercially deployed at large scale.

As well as outlining barriers, the report provides individual country profiles across existing markets for the bioeconomy and recommends key interventions for support.

To overcome barriers and accelerate the deployment of biofuels and other bioproducts, the report recommends countries establish clear goals and map potential pathways in order to create and deploy a comprehensive package of interventions, including: technology and innovation support; policies to support market demand and incentives, tied to sustainability measures and carbon lifecycle assessments; and strong financial instruments de- signed to enable the development of the bioeconomy. According to the report, solid international collaboration and stakeholder engagement will be key to help countries achieve these objectives.

The Biofuture Platform also announced today that the IEA was designated to assume the role of Facilitator, following the Government of Brazil’s interim tenure. This development comes as part of a major governance overhaul to reinforce the Platform ́s position as a key driver of international collaboration to overcome barriers to growth and accelerate the deployment of a sustainable low carbon bioeconomy.

With these internal governance changes, the Biofuture Platform expects to improve its position to drive the reinforced international collaboration called for in its Vision Declaration and in the Creating the Biofuture report, mobilizing governments, industry, academia, and related international initiatives, agencies and organizations.

“IEA’s own vision for this sector has already been fully aligned with the Biofuture Platform’s goals on the low carbon bioeconomy since its launch”, said Dr. Fatih Birol, IEA’s Executive Director. “I expect this closer collaboration to increase the reach and impact of our work to the benefit of IEA member countries, Biofuture Platform countries, and energy transitions around the world”. 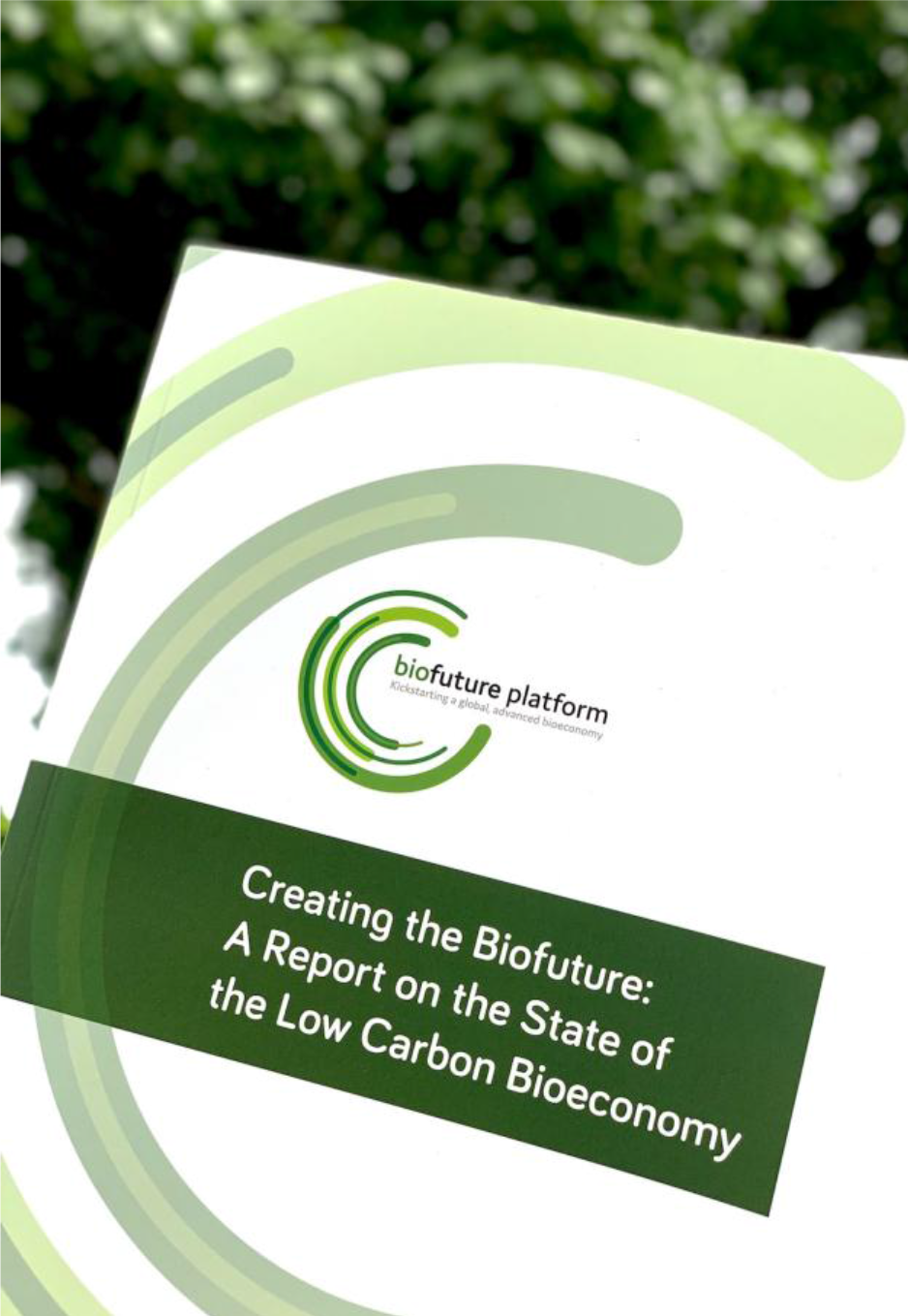 About the Biofuture Platform

The Biofuture Platform is a government-led, multi-stakeholder initiative designed to take action on climate change and support the Sustainable Development Goals by promoting international coordination on the sus- tainable low-carbon bioeconomy. It was launched in Marrakesh at the COP 22 climate talks in November 2016. The government of Brazil has been the Interim Facilitator (Secretariat) of the initiative since its launch. The International Energy Agency (IEA) has been designated to assume this role starting from 1st February 2019.

The International Energy Agency (IEA) works to ensure reliable, affordable and clean energy for its 30 member countries and beyond. Its mission is guided by four main areas of focus: energy security, economic development, environmental awareness and engagement worldwide. Headquartered in Paris, the IEA is at the heart of global dialogue on energy, providing authoritative analysis through a wide range of publications, including the flagship World Energy Outlook and the IEA Market Reports; data and statistics, such as Key World Energy Statistics and the Monthly Oil Data Service; and a series of training and capacity building workshops, presentations, and resources. For more information visit: www.iea.org.

About the Creating the Biofuture Report

Creating the Biofuture: A Report on the State of the Low Carbon Bioeconomy, launched on December 10, 2018, was based on a technical draft by an expert team from the Carbon Trust (www.carbontrust.com) and WayCarbon (www.waycarbon.com), and submitted to review by country governments and various partner agencies, including the International Energy Agency, International Renewable Energy Agency, and the UN Food and Agriculture Organization (FAO). It was commissioned on behalf of the Biofuture Platform by the Brazilian Government, in its role as Interim Facilitator for the initiative, via its Ministry of Foreign Affairs and APEX-Brasil.

The report incorporates insights from a survey conducted as a joint activity by the Biofuture Platform and the Mission Innovation Sustainable Biofuels Innovation Challenge (MI/SBIC). The survey was developed by the International Energy Agency (IEA), the Brazilian Energy Research Office (EPE) and the Centre for Strategic Studies (CGEE), with completed responses received from the designated focal points for 19 of the 22 countries participating across these two initiatives, as well as the European Commission.

The report can be accessed at: http://biofutureplatform.org/creating-the-biofuture-report

About the Carbon Trust

Established in 2001, the Carbon Trust works with businesses, governments and institutions around the world, helping them contribute to, and benefit from, a more sustainable future through carbon reduction, resource efficient strategies, and commercialising low carbon businesses, systems and technologies. Headquartered in London, the Carbon Trust has a global team of over 30 nationalities based across five continents. For more in- formation visit: www.carbontrust.com.

WayCarbon is a technology-based company that works to solve sustainability challenges. With eleven years in the market, WayCarbon is a reference in advisory on climate change, environmental asset management and in the development of strategies and business models based on eco-efficiency and the low carbon economy. For more information visit www.waycarbon.com. 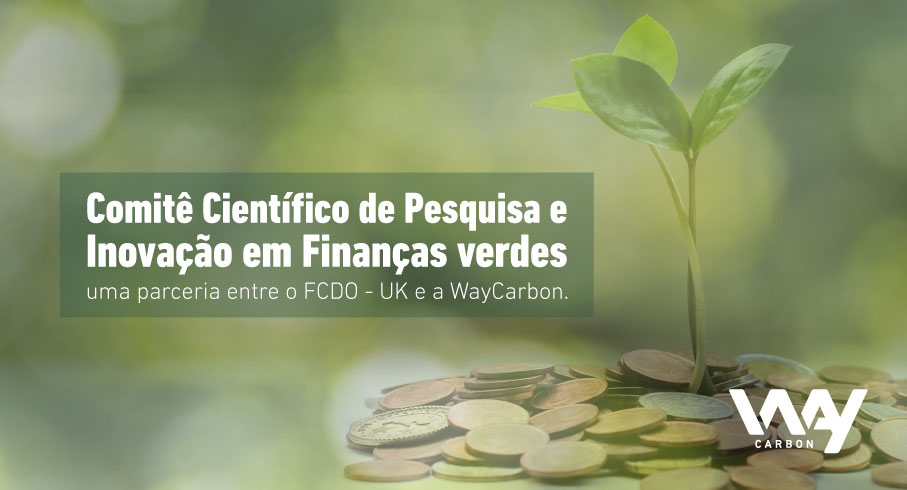 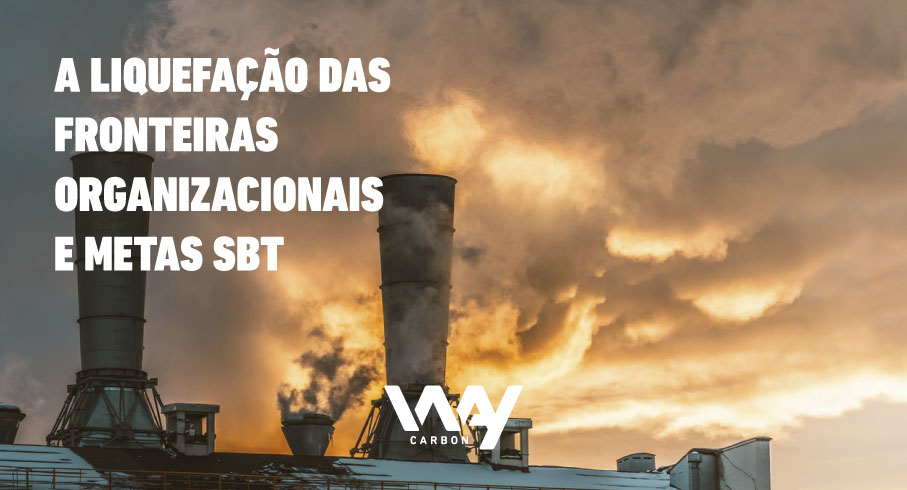